Inter Hunt Relay at the Festival of Hunting 2018 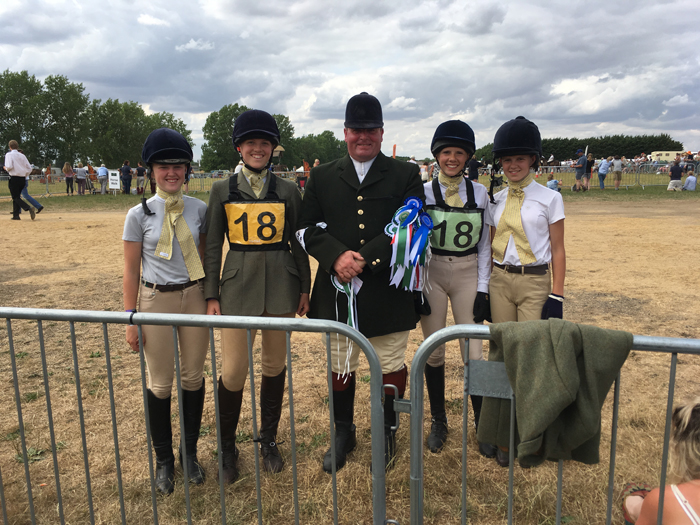 The Duke of Beaufort`s Hunt sent two teams to the Inter Hunt Relay at the Festival of Hunting at Peterborough this week. A Senior Team of James Hopkins, Brooke Gardener-Wollen, Steph Hunter and Sara Cloke and a Junior Team of Rosie Bush, Anna Dando, Belle Edwards and Willa Gravell.

‍
The Festival of Hunting is one of the highlights of the Relay Competition Season and something that the teams have been working and practising towards with the help of Team Manager Nicky Bush and our Kennel Huntsman’s wife Chef d’equip Selina Hopkins. Each team competed against around 30 teams from hunts across the UK, with fierce and fast qualifying rounds!

‍
The Senior team qualified for the knockout rounds but unfortunately after a good second round they were pipped to the post by three seconds and knocked out.

‍
Congratulations to our Junior team on some fast and furious rounds. Four incredible qualifying rounds against competitors up to 21 years old (our youngest member is 12 years old!) sent them through to the semi-finals where the Hunt masters and Hunt staff came to cheer them on following their success with the hounds. In a hugely exciting tightly fought final rounds in the main arena The Duke of Beaufort`s Cubs were ultimately 4th. Huge congratulations!