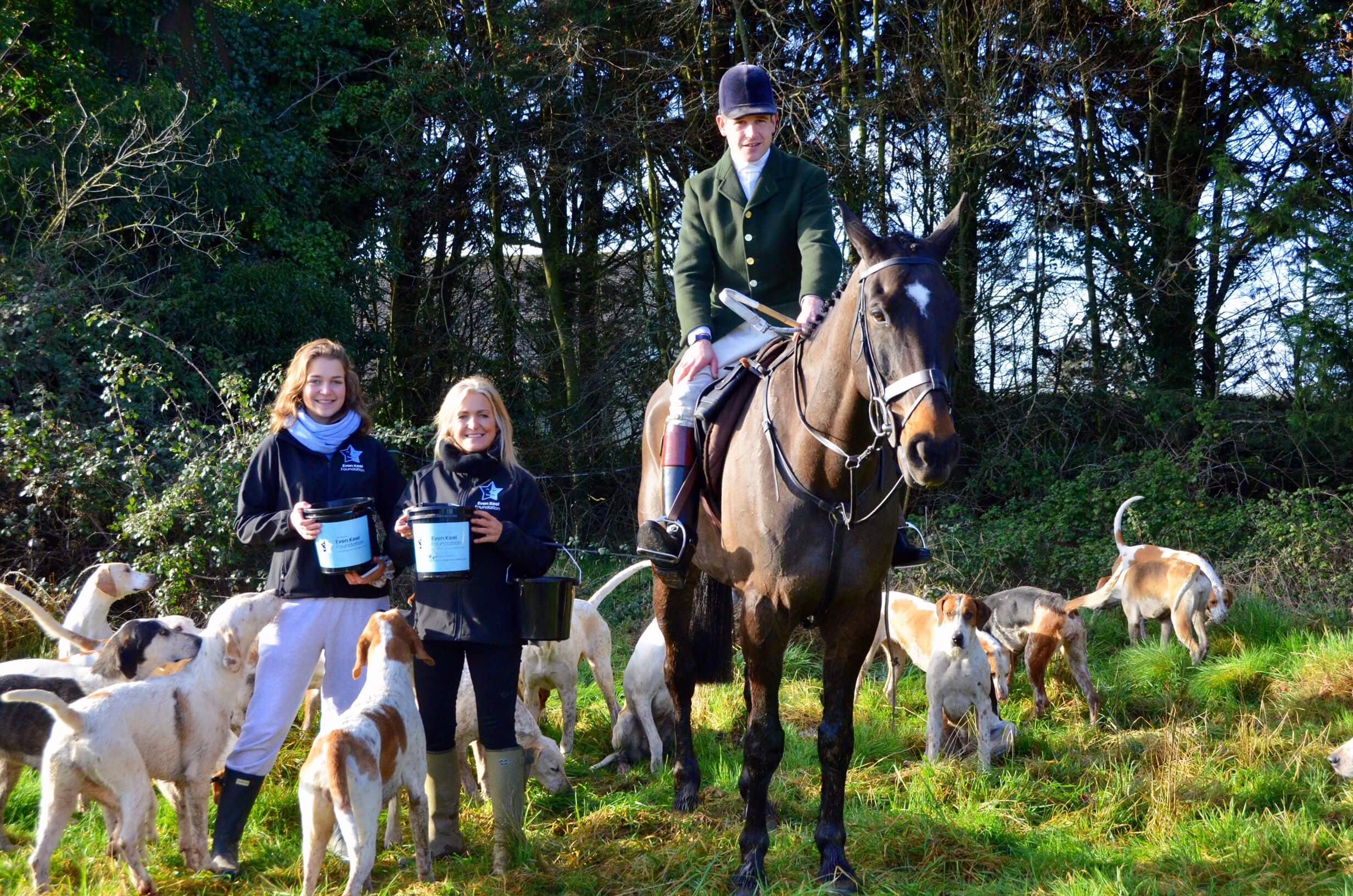 At the Duke of Beaufort’s Hunt Charity meet held near Luckington on Saturday 18th January, over£2400 was raised in aid of the Even Keel Foundation.  Set up by Samantha Hillier, the Even Keel Foundation is in memory of Michael Keel to help raise awareness of mental health issues in men and prevent male suicide. The Charity, based in Gloucestershire, focuses on those men working in farming and horse racing as both played a significant role in Michael's life,and both are vulnerable sectors when it comes to male mental health.

Samantha Hillier, from the Even Keel Foundation commented “A huge Thank you the Beaufort Hunt and its supporters for showing such generosity.  The support they have shown the foundation has been amazing and is a testament to much mental health is touching so many people’s lives.”

Matt Ramsden, Master and Huntsman of the Duke of Beaufort’s Hunt said “We were extremely pleased to support the Even Keel Foundation at this year’s charity meet. Michael Keel was a keen hunt follower and this foundation is an extremely worthwhile and valuable local cause”.